The COSMHYC XL and COSMYHC DEMO partners met online mid-November to exchange on the progress of their work on innovative hydrogen compression technologies.

During the first day, all eyes were on COMSHYC XL, which is now at the end of its 3rd year. The project coordinator kicked off the meeting by showing how the previous project (ended in Feb. 2021), laid the ground stones for the scale-up of the COSMHYC compression technology, combing a mechanical compressor with an innovative metal hydride compressor.

The project coordinator also emphasised that the COSMHYC consortium was well aligned with the hydrogen agenda at the European level. Compressed hydrogen is and will be needed in great quantities for the deployment of large-scale mobility applications and no other EU project put as much focus on the compression technology as the COSMHYC series.

Throughout the day, the partners presented the progress of their work. It became clear that in the last few months, all the components have advanced well and will be ready to be combined. The new mechanical compressor prototype is built, and the metal hydride compressor prototype will be assembled early 2022. The crucial phase of long-term testing will begin by spring 2022, the exact date depending on the delivery of some basic components which could be delayed due to the high tension on supply chains.

At the end of the first day, the partners met with representatives of CEA Le Ripault, a French research team who have been working on hydrogen tanks for on-board applications for over 20 years. Knowledge exchange on this topic is important for the COSMHYC team as requirements directly linked with FCEVs are input data for compression.

For the 2nd day, two partners joined the sessions: the French start-up EIFHYTEC, and CCTVI, the French municipality near Tours, where a new hydrogen refuelling station will be installed and where the COSMHYC compression solution will be demonstrated.

As the meeting was originally planned to take place at the premises of CCTVI, Alain Esnault, Mayor of Sorigny and Vice President of CCTVI welcomed the other partners, underlying the importance of the project for the region. Monsieur Esnault, who initiated and oversees all hydrogen related projects at CCTVI, emphasised the high motivation of his region to host the demonstration project of the COSMHYC series at HySOPARC. There, the station will eventually be supplied by on-site produced green hydrogen and fuel one of the first FC garbage trucks in the EU (tested in the scope of INTERREG Project HECTOR).

The partners reviewed the work accomplished since the project was launched at the beginning of the year. With the design of the new compression solutions within the station and with the completion of a detailed implementation plan, a main milestone is now within reach: officially kicking-off the construction and installation of the HRS. This will be the 2022 challenge for the COSMHYC consortium! 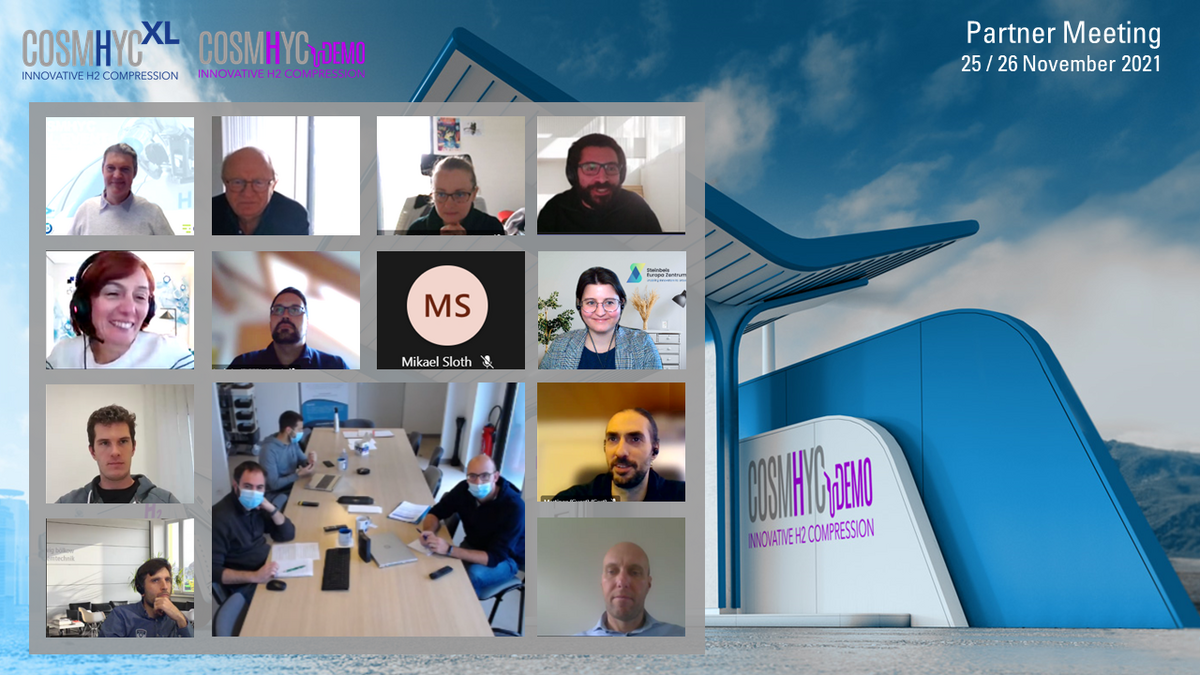